Riding in on a chariot of infectious grooves and synth-drenched glitter, Hell Money has arrived to commandeer the never-ending party. Vocalist Marz Richards and producer Ryan Thomas Johnson comprise the EDM duo that takes familiar hits, twists them into a lasso, lights them aflame, and ropes in the listener to a sweat drenched dancefloor. Creep out and get ditzy!

Freakin' at the Freakers Ball

Gadzooks, Dr. Hook! Hell Money has arrived with a sexed up stomper to whet your whistle.

C'mon, babies. The debut EP from Hell Money, here to fancify your underthings. 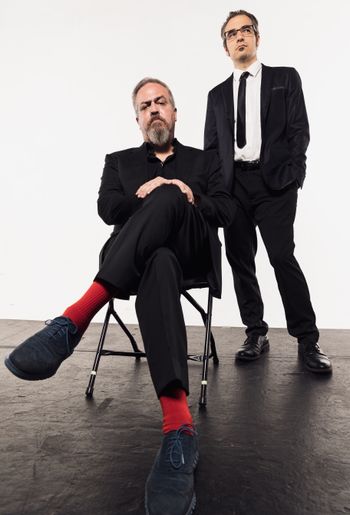 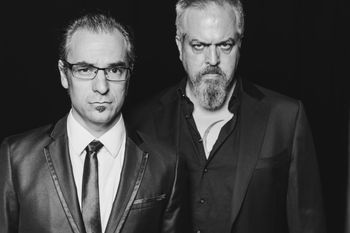 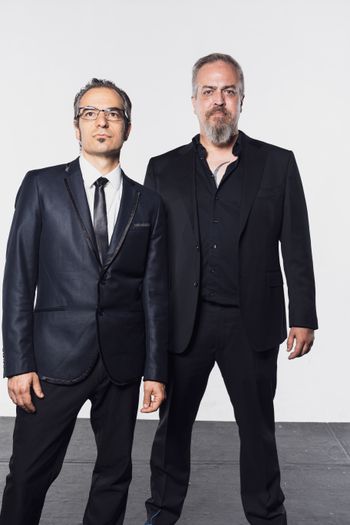 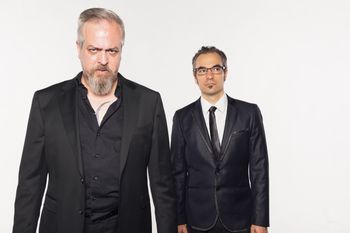 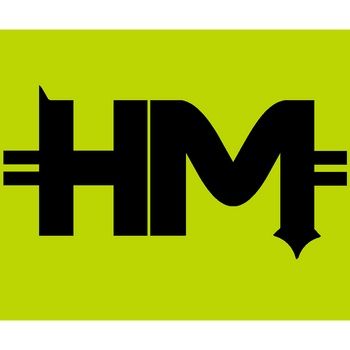 Read words about us, if you're into that.

Good evening, sexies. Welcome to the data bin of Hell Moneys ongoings. We'll let you know about all the dominating. In the meantime, have a spank on us.

You're too much of a coward to throw money at Hell Money! A coward like you wouldn't part with a farthing at their Patreon. YOU'RE TOO MUCH OF A WEAKLING TO DROP CASH AT THIS LINK!

Riding in on a chariot of synth-drenched grooves and glitter, Hell Money is here to commandeer the never-ending party. The electronic dance duo hails from the sunny climes of Hollywood, shoveling out hedonistic finery in a stream of reinvented and unlikely cover songs.

Vocalist Marz Richards and producer Ryan Thomas Johnson met playing in the circusy jazzcore band Renfield. Since then they have collaborated on a litany of projects including theatrical productions and cabaret. Growing ever itchy to dive into a new genre, the duo cooked up the idea of building an EDM group designed around taking familiar hits, twisting them up, setting them on fire, and spitting them back out with a nuclear glow.

Their debut EP "Kill Game" is set to be released on all streaming platforms in July 2022.